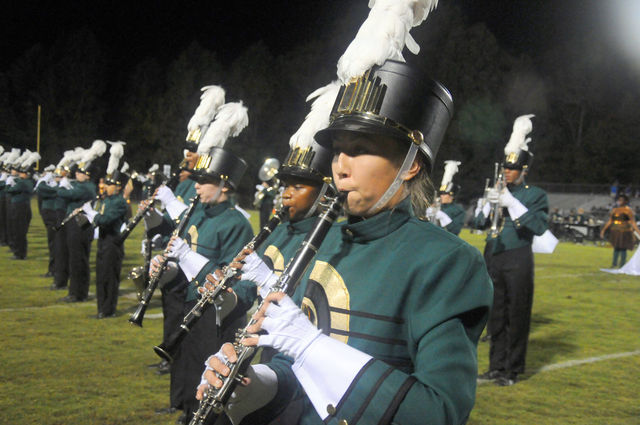 The symphonic wind ensemble is a concert organization devoted to granting the composer and his audience the most faithful performances of his music; it is an ensemble which calls upon the strictest disciplines possible. Consisting of on average 55 wind and percussion performers this top tier group maintains the highest of performance standards with other nationally recognized instrumentalists.

The wind ensemble has performed at the 2006 Bands of America National Concert Festival as one of only 18 selected across the nation. Additionally, the ensemble has been the featured performance ensemble at the 2004 NCMEA Conference as well as the 2006 University of South Carolina Band Clinic.

On average the group performs six to seven concerts a year to include State and National Wind Festivals and local venues in support of the arts. In true formal symphony tradition, students in the Wind Ensemble are required to wear black tuxedos for the men and long black dresses for the women at all performances.

The ensemble maintains an aggressive performance schedule and is a highly sought after organization for both its talented instrumentalists and collective performance repertoire.